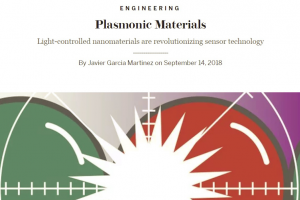 Writing in Scientific American in 2007, Harry A. Atwater of the California Institute of Technology predicted that a technology he called “plasmonics” could eventually lead to an array of applications, from highly sensitive biological detectors to invisibility cloaks. A decade later various plasmonic technologies are already a commercial reality, and others are transitioning from the laboratory to the market.